About Us/ World rally championship

TEEHON is the official supplier & sponsor of auto LED light for 42nd world rally championship in European district, we witnessed the whole process of competition in Poland. Our 36W, 72W, 120W, 180W and 288W double-row LED light bars have been installed on some racing cars and were used during the game, the bright but not dazzling light deeply impressed racers and audiences, thus TEEHON gained a high reputation by the stable performance and reliable quality of the products.

Our partner in Poland – The PTOCK, worked with us together on this competition.

This is a thanks letter from the famous rally team Ptock from Poland, as their sponsor of off-road led lights, our rigid led light bars have been proven to be rigid and reliable in very harsh environments during the world famous world rally championship (WRC) 2014 in Europe. 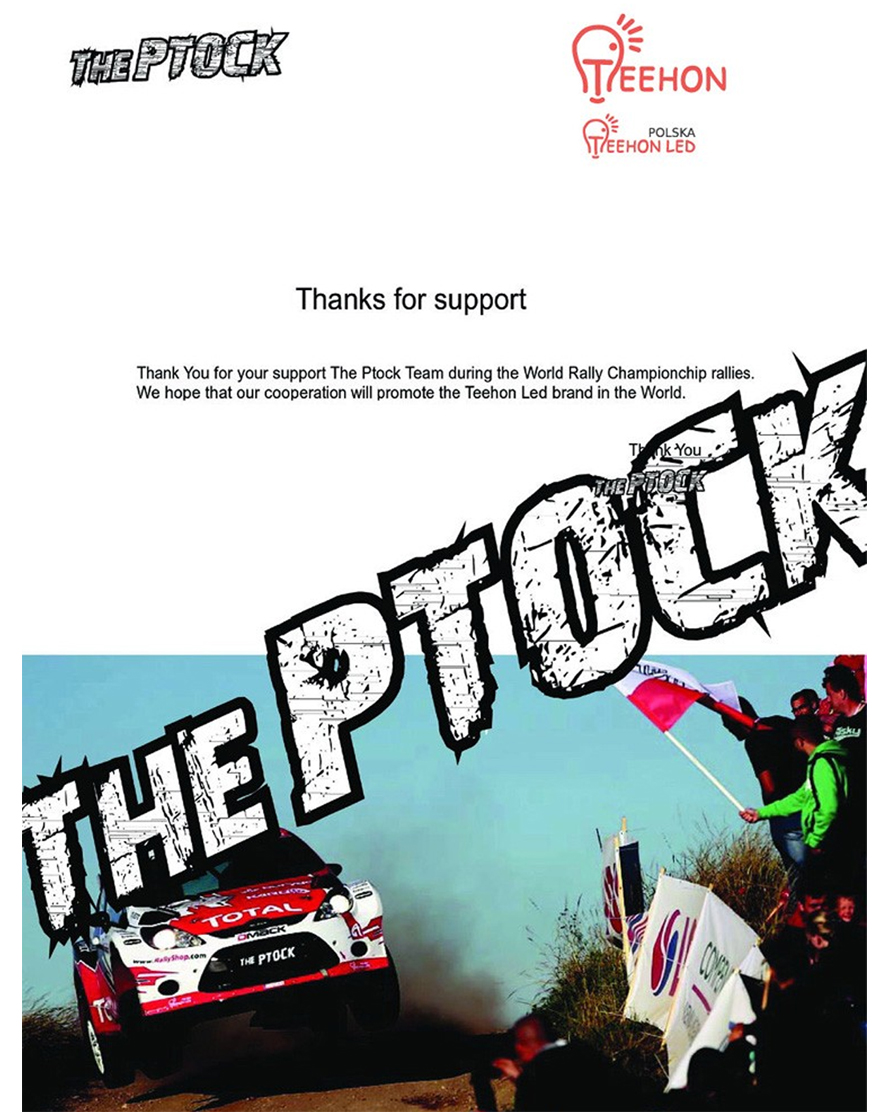 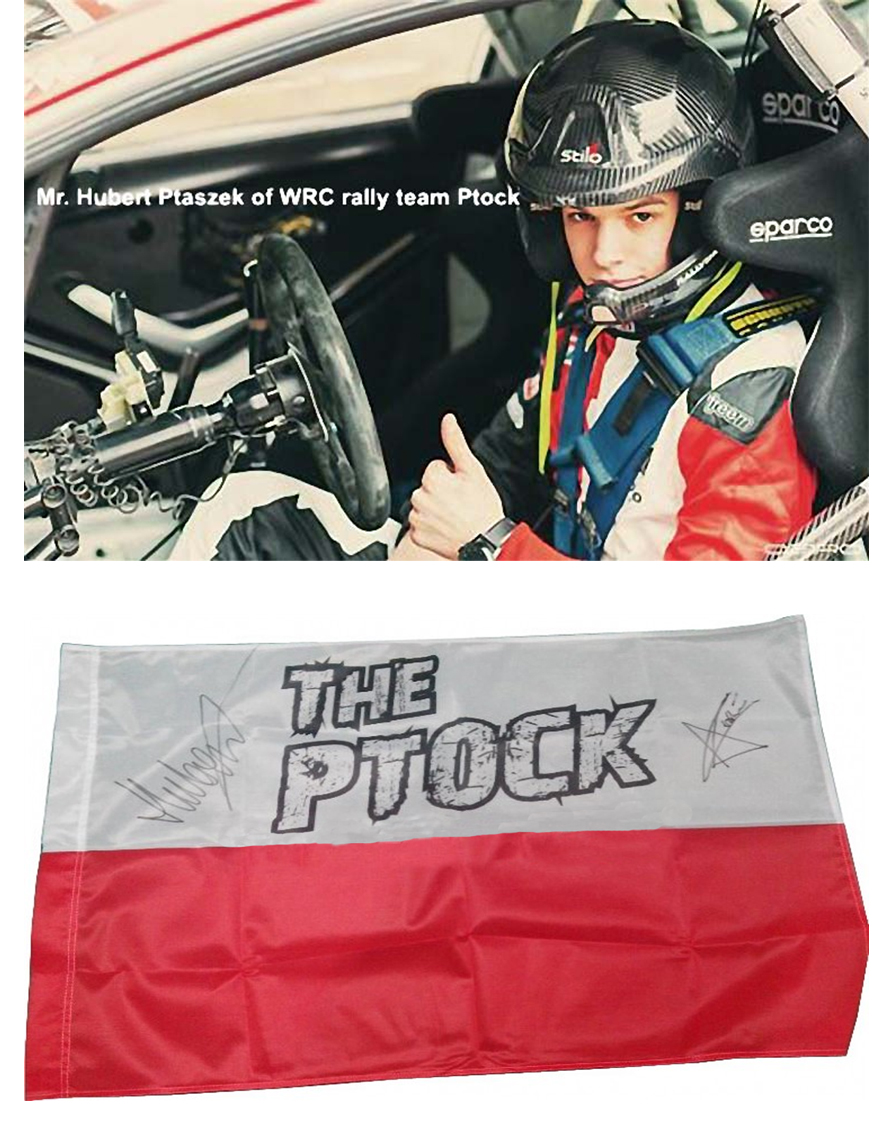